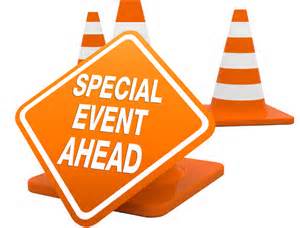 I'm excited to announce a special event this month at Booksie's Blog.  R.T. Kaelin, the author of 2011's Booksie's Best Book of the year, Progeny, will be writing a guest post this month.  In order to give relevance, I'm rerunning the review of Progeny.  After his post, later this month, I'll review his second book in the series, Prophecy.  Haven't read his books yet?  Why not resolve to correct that this month and discover a great fantasy series and author.  Thanks, R.T.!

With no more delay, here is the review of Progeny:

Rarely, readers are honored to discover a book that is so entrancing, so fascinating, that they are carried away to another land.  Progeny is such a book, and those who read it will be changed by the experience.

Nikalys and his sister, Kenders leave their small farm to go swimming for the afternoon.  Little do they know their trip will change their lives forever.  Returning after their swim, they are horrified to observe a saeljul using magic to destroy their village and everyone they have known, including their parents and brother, Jak.  They flee, unsure what to do or why their village has been targeted.

Fearful, they are unwilling to trust anyone, but find themselves in the company of a giant man who somehow wins their trust.  This man, Broedi, reveals much to them as they travel.  He reminds them of the story underlying their society, that of the White Lions who came together to save humanity when the God of Chaos decided to destroy the world.  The ancient stories that tell of the White Lions also foretell of new heroes that will emerge when the world needs them--the Progeny.  Nikalys and Kenders are shocked to find that Broedi is one of the White Lions and a Shapeshifter, but totally disoriented when they come to realise that they are the Progeny of the legends.

For Chaos is again making an attempt to destroy all that is known.  As they determine to fight the forces of evil, their group is joined by others.  Wonderfully, they discover that Jak has somehow escaped the carnage that destroyed the village and is able to join them.  A tomble with magic powers becomes one of the band.  A company of soldiers that is sent by the saeljul to find and destroy them instead become part of the group.  They save a family out on the remote plains, and the surviving members of that family also start to travel with them.  Together, this small band must attempt to fight the overwhelming forces of evil that are determined to destroy everything they hold dear.

Robert Jordan.  George R. R. Martin.  Stephen Donaldson.  Brandon Sanderson.  These are the masters of fantasy and readers of Progeny will be able to discover a new voice that is destined to match those authors.  R.T. Kaelin has created a complex world that his original and creative storytelling manages to make realistic and believable.  The characters are fresh and engaging.  While the story of good versus evil and a band who comes together to fight overwhelming odds is a staple of the fantasy genre, Kaelin manages to make it seem new again.  He draws the reader along marveling at the story that unfolds and willing to go wherever he leads.  The book is very highly recommended for all readers, and especially for fantasy fans.  When the last page is read, readers are left satisfied, fulfilled and impatient for the next book in the series.