I asked R.T. Kaelin, the author of Progeny and Prophecy, as well as short stories about his imagined world, to write a guest blog this week and he was gracious enough to agree.  His topic? 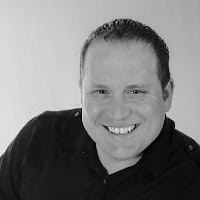 Hiking through the Wilderness


It all sort of…just…happens. The ideas come whenever they feel like it. When I’m driving, standing in the grocery store line, lying in bed before I go to sleep, in the midst of writing guest blog—hold on, I’ll be right back…
Hey. Now, where were we?


Ah, that’s right. I don’t know my ideas’ origins. I’m just glad they come. What I can (semi) intelligently speak to is how I take those ideas and process them into stories.


In my view, there are two vastly different ways to approach writing. You can do extensive research, outlining of scenes, setting descriptions, character profiles, etc. before ever writing word one of the manuscript. I call this sort writer (rather unoriginally) “The Planner.”


Imagine you’re hiking down some beautiful mountain trail, on your way to have lunch at some outcrop with a majestic vista. Planners are the sort with map clasped tightly in hand who, when they spot something interesting off the trail, ignore it and keep going on the path. They’ll reach their destination long before the other hikers, but they might have missed something truly spectacular in the process.


The polar opposite of The Planner is a writer who sits down at the keyboard with a (hopefully) general idea about what they will be writing and…off they go! Thinking ahead? Bah. Waste of time. This type of writer I have dubbed (slightly more originally) “The Pantser.” As in flying by the seat of their pants.
Imagine you’re back on that mountain trail. Smell the pine trees?


A Pantser is the sort who you’d find meandering about the wilderness, forging a trail as they go. They risk never getting to that vista, they more than likely will need to backtrack numerous times because they’re quite lost, but their journey is full of surprises. Some may be wonderful (Hey, look!! Sasquatch!) some may be utterly mundane and uninteresting (hey, look…a rock).


When I started writing, I was mostly a Pantser with a rough map scrawled out on the back of a napkin. In the case of Progeny (and the series), I knew where I was starting and where I would end. The rest? Well, it sort of just happened. Still is happening. I’m editing the third in the series now.


An example of those happy surprises that come from pantsing (look, it’s a verb, too):


Nundle Babblebrook, many people’s favorite character and rather important part of the series, was an accident. I started writing a chapter from the point of view of what I thought was going to be a throwaway character, only I liked writing him so much that I completely rearranged things to incorporate him. Had I been a Planner at that point, poor Nundle might not have made it.


Now, as time has gone on, I’ve found myself slowly migrating along the spectrum toward being a Planner. While pantsing it can result in a more organic, natural story, the process to get there is a lot—a lot—of work. A lot of edits. A lot of rewrites. A lot of time. The adage about not wanting to see how the sausage is made? It applies to books that have been pantsed, too.


Just how far have I evolved? A while back, I had an idea for a new novel (and no, I don’t know from where the idea came). As of this moment, I have 17k words of notes, 48 chapters descriptions, 14 character synopses, 20 settings, etc. Seems like I’m a total Planner, right?


Well, I can guarantee the moment I see a shiny object flashing off the hiking trail, I’ll be crashing through the underbrush to investigate. Like most things in life, the best approach rarely exists at the extremes, but somewhere in the middle.

R. T. Kaelin could combine the Planner and the Pantser and come up with what he now seems to be --- a Plantser --- planting an idea and letting it grow into its natural self! However he does it, it works!

Isn't that the truth! I love his writing and the ideas he comes up with.

Thanks to you both. I appreciate the nice words.

Wonderful interview, Sandie. You are a reading machine!